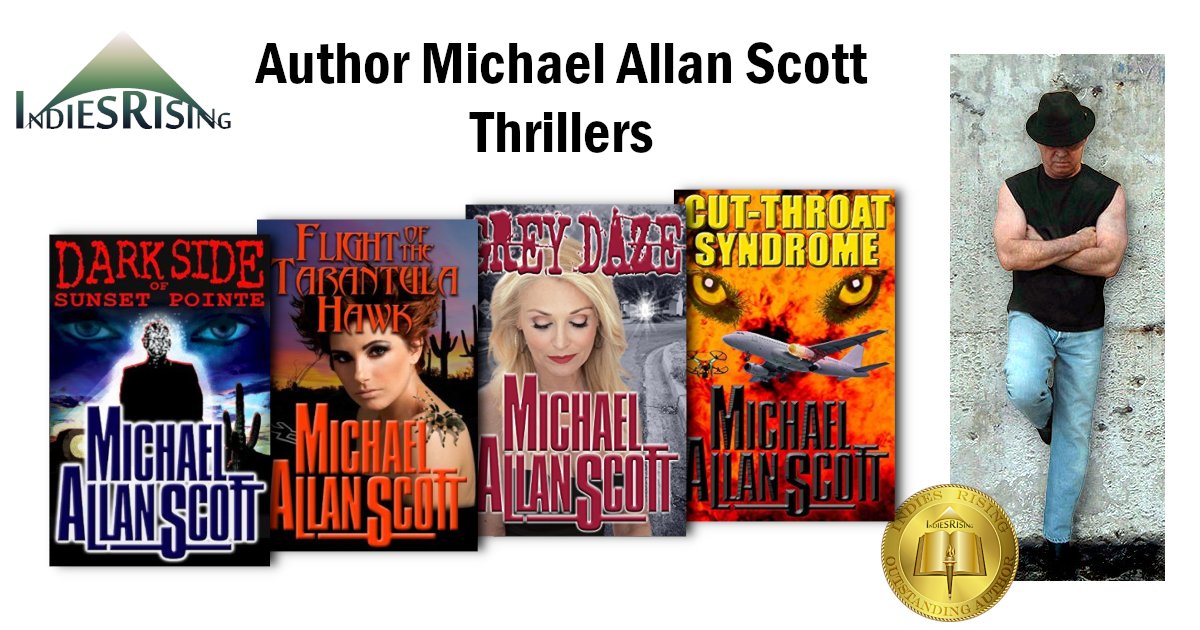 Incredibly tense, riveting reads. If you don’t mind sweating out whether Lance will make it this time, then these books are for you. And I hear there’s a brand new series coming out very soon. Hopefully, this one won’t have me digging my fingernails into my palms and leaving marks. — D. L. Keur 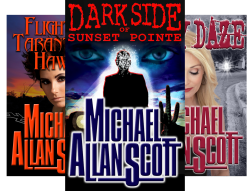 Michael Allan Scott was born and raised at the edge of the high desert in Kingman, Arizona. He resides in Scottsdale with his wife, Cynthia and their rescue Doberman, Roxie. When asked about time spent in solitary confinement in a Maricopa felony block, Scott said, “Some things are better left a mystery.” Yet he admits to drawing on life’s darker experiences to create his genre-bending psychic photographer series, the Lance Underphal Mysteries. In addition to writing a new breed of murder mystery/thrillers and other works of speculative fiction, his interests include music, photography, art, scuba diving, and auto racing. For more, visit: MichaelAllanScott.com

Dark Side of Sunset Pointe 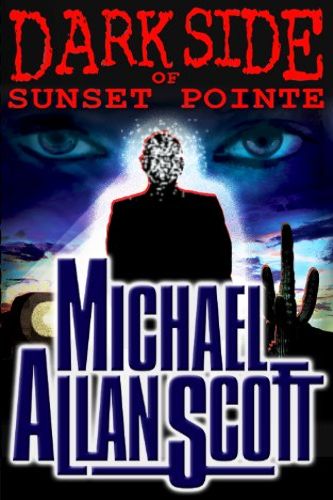 If you like those hard-boiled characters, Harry Bosch, Lee Marvin, Harry Hole – wait until you meet Lance Underphal. A damaged police consultant, he sees murders before they happen. It’s a curse and only his dead wife can save him.

Featured on NBC’s Daytime Show, the first book in the Lance Underphal Mystery series is one of a new breed of mysteries and thrillers. Dark, different, and based on real-life events, this genre-bending murder mystery will keep you up nights guessing.

Looking for a new spin on a venerable old story? This intensely moving novel will grab you by the eyeballs and won’t let go. Hard to read. Harder to put down. Treat yourself to a wild ride on the Dark Side.

Flight of the Tarantula Hawk 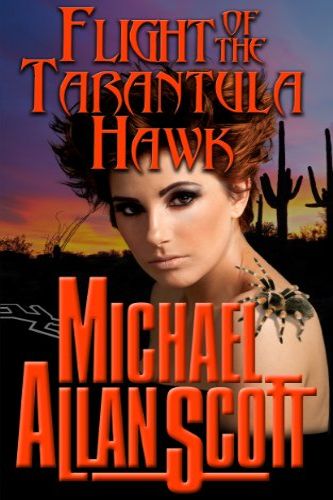 If you like those tough guys – Bosch, Reacher, Robicheaux – wait until you meet Lance and friends. A reluctant police consultant, Lance sees murders before they happen. It’s a curse, and only his dead wife can save him.

An IndieReader Best Book, with characters you’ll come to love, it’s one of the stand-alone Lance Underphal mystery/thrillers showcased on NBC’s Daytime. Intelligent, intense, it’ll have you guessing as it twists murder, action, and suspense into a keep-you-up-nights binge read.

Looking for a clever twist on an inventive theme? This unpredictable novel will grab you by the eyeballs and won’t let go. Hard to read. Harder to put down. Treat yourself to a harrowing flight, tonight. 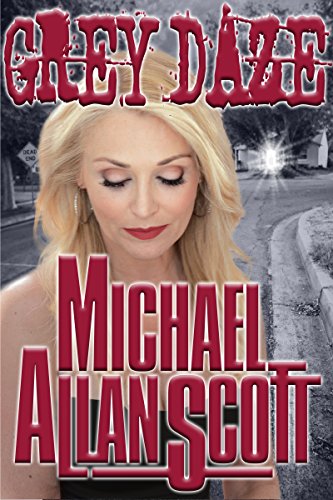 An Independent Author Network Book of the Year Finalist and featured on NBC's Daytime Show, the third book in the Lance Underphal Mystery series is part of a new breed of supernatural thrillers which can be read and enjoyed in any order. Based on real events, this is one of those dark, disturbing novels that keeps you turning pages. 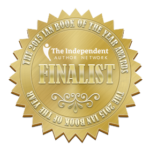 It's a mystery — Something is wrong. As Lance Underphal pads softly across the cold flagstone, he hears her weeping. She is on her knees, hunched over in the middle of the room, her back to him, facing the dark fireplace. Something is very wrong. Lance wants to rush to her, but can't. In a hoarse whisper, he says, "Callie?" She lets out a mournful wail from deep within as she turns, their infant son in her arms, blue and still. He reels from the blow. How can this be? They don't have a son.

At home in bed, Realtor Callie Harper finds she is not alone. At the cool touch of her estranged uncle's hand, she shudders. She got the call a few hours ago. Uncle Harold is dead.

Looking for a new breed of supernatural thrillers? Paranormal mysteries of murder and suspense? Perhaps a psychic detective series which can be read and enjoyed in any order? Or maybe one of those scary books you can't put down? Regardless, the dark, disturbing novels by Indie Author, Michael Allan Scott, won't disappoint. 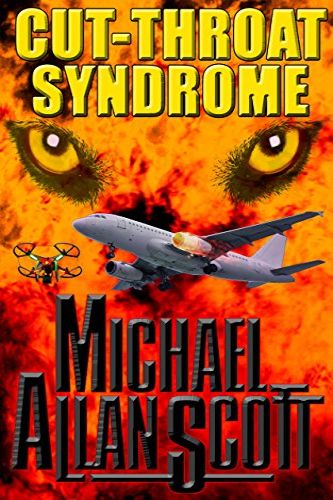 If tough guys like Reacher, Bourne, or Bosch get you going, wait until you meet Lance Underphal and crew.

When a drone packed with explosives gets sucked into the engine of a Chinese airliner, a hacker cult claims responsibility. The next day, Lance leads a homicide detective to the headless corpse of an unidentified teenager. Throw in an ex-SEAL P.I. tracking a CIA informant gone rogue and it gets interesting.

Cut-Throat Syndrome is a new breed of mystery-thriller, the latest addition to the stand-alone novels showcased on NBC’s Daytime.

Tangled in international intrigue, this dark adventure delves into a disturbing world ripped out of tomorrow’s headlines. A little too close for comfort, it’s not a guessing game for the faint of heart. Tonight, treat yourself to something new and different.

See why readers keep coming back for more. For a FREE E-book offer, download the sample or use the “Look inside” feature.